Dobongsan (Mountain), or ‘the path that leads to the summit’ (Dobong in Korean), has 37 rock climbing courses. It is not uncommon to come across a group of rock climbing enthusiasts scaling a cliff. There is a selection of hiking courses that are popular among weekend visitors. Uiam, Sinseondae and Jaunbong Courses are the most highly recommended. 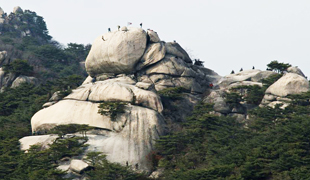 Seoul is surrounded by numerous attractive mountains, of which Suraksan (Mountain) is said to be the most beautiful whatever the time of year. Though the mountain is not particularly high, people sometimes compare its unique beauty to that of Seoraksan and Wolchulsan Mountains. “Surak” means “many waterfalls”, and true to its name Suraksan (Mountain), bordering Seoul, Namyangju and Uijeongbu, has three waterfalls (Eunnyu, Geumnyu and Ongnyu). But that is not all! The mountain is also home to a number of ancient architectural wonders including Heungguksa, Naewonsa, and Seongrimsa Temples and Gwesanjeong Pavilion. 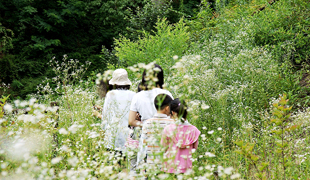 Bukhansan National Park is one of the world’s few national parks located in the center of a great city. The natural splendor of Korea’s fifteenth national park is well preserved amid the crowded urban landscape. The mountain is a popular destination for residents living in the greater Seoul area.

Legend has it that a prophet was cast to his doom in the split second that he uttered the word ‘Heavens!’ or ‘Acha!’ to himself. Named after the prophet’s last words, Achasan (Mountain) is 287 meters above sea level at its highest point. A dusty trail winds its way up the gentle slopes of the mountain, making it ideal for family excursions. The start of the trail is about fifteen minutes’ walk from Gwangnaru Station subway line 5, exit 1. You can make it to the top of the mountain and walk back down again in less than two hours. The mountain has the greatest number of sites associated with the Goguryeo Kingdom in all of Korea. It was once known as the place where General Ondal was killed in battle.

Situated at the very heart of Seoul, Namsan (Mountain) offers dazzling views and a breath of fresh air in the bustling capital city. You can stroll among the flowers or take a ride on the Namsan cable car. Namsan is one of Seoul’s most recognized weekend destinations. 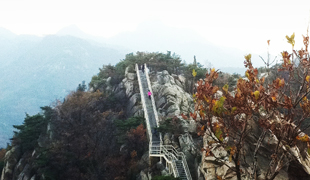 Gwanaksan (Mountain) is well-known for its interesting hiking trails. Many of its summits are huge bare boulders, while its valleys are deep and picturesque. It is easily accessible from the city, and yields up new discoveries with very visit, all of which makes it a very popular spot among hikers. A weekend stroll amid the rose and tree gardens, beautiful flowers, and fields of reeds of the mountain’s outdoor arboretum near Sillim Gyegok (Valley) is highly recommended. 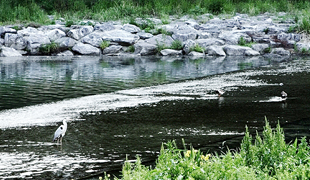 Jungnangcheon (Stream), which begins at Yangju-si, Gyeonggi-do, is the Hangang (River)’s greatest tributary. It joins with Cheonggyecheon (Stream) and meanders across Geumho-dong, Seongdong-gu until it flows into the Hangang (River) at Bridge of Gangbyeonbuk-ro in Seongsu-dong 1-ga. The stream is 45.3 kilometers in length, making it the longest stream in all of Seoul. There are fields of canola flowers, reeds, and silver grass along its banks. The nearby inline skating rink is a favorite among the locals. 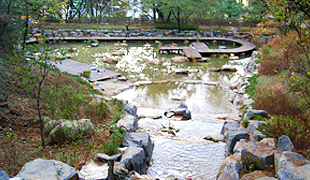 Hongjecheon (Stream) begins at Bukhansan (Mountain) and runs for 11.1km through Jongno-gu and Mapo-gu. The stream is named after the Hongjewon, an official building where Chinese envoys were received. Once dried up and neglected, the stream was revived under Seoul’s ‘No Dry Streams’ project. Within two short years clean water was once again flowing through both Hongjecheon (Stream) and Cheonggyecheon (Stream). 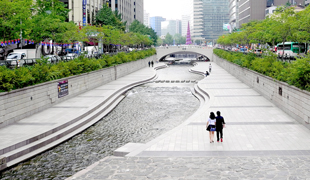 Cheonggyecheon (Stream) has always been inseparable from Seoul and has continued to evolve along with the Hangang (River) ever since the foundation of the Joseon Dynasty. With the Cheonggyecheon restoration project in 2003, the conversion of the dirty water and sewage tracts of the past, wash away those soulless images of downtown, as well as offering a touch of nature and an eco-friendly warmth. Twenty-two bridges along the stream were newly built over a length of 5.84 kilometers. Recently, various cultural facilities were added to its banks, with greater focus on artistic and ecological activities. Now, the stream is at the center of Seoul citizens’ cultural activities. 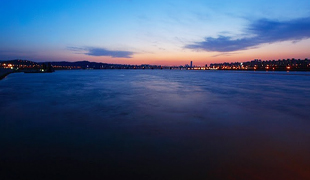 The Hangang (River) is a wide body of water that cuts across Seoul from east to west. Seoul’s development has always depended on this great river, which is now a national center of watersports. Lovers of water-based activities can try jet skiing, wind surfing, and yachting, or just splash around in one of the outdoor swimming pools in the summer. There are many other sports facilities along the Hangang Park including soccer and baseball pitches, and tennis and basketball courts, and a rock climbing wall, all of which attract numerous sports clubs and associations at weekends. 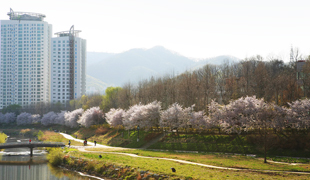 Yangjaecheon (Stream) begins in Gwanaksan (Mountain) and Cheonggyesan (Mountain) and flows for about 15.6km through Gwacheon-si (in Gyeonggi-do), Seoul’s Gangnam area, and Dogok-dong and Gaepo-dong. It boasts excellent walking and bicycle paths along its banks. Many nearby residents enjoy walking on this patch of green amid forests of high-rise buildings. It is both the perfect place to unwind in the middle of the busy city and a park where everyone can get closer to nature.