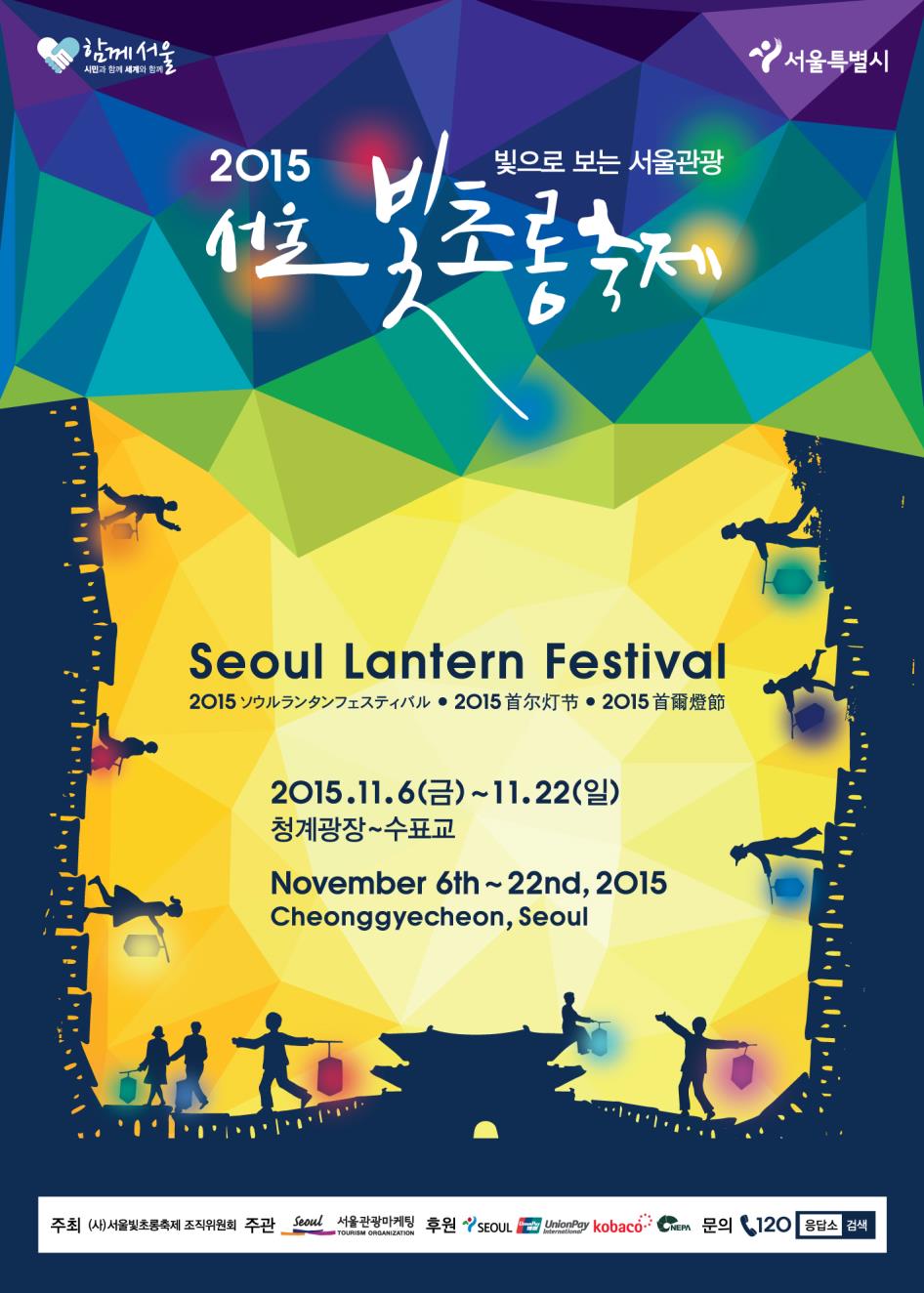 The 2015 Seoul Lantern Festival will entertain tourists and Seoul citizens alike for 17 days from November 6 to 22, 2015. During this time, about 600 lanterns will light up 1.2 kilometers of Seoul’s streets starting from Cheonggye Plaza.

For example, Bukchon Hanok Village, which preserves the traditional beauty of Korea at the heart of the city, and the lively Gwangjang Market will be recreated in the form of sophisticated lanterns. In particular, the Gwangjang Market will feature little lanterns shaped as people and shops, expressing a lively market scene. Furthermore, the city has taken steps to ensure that the 2015 Seoul Lantern Festival is not only a domestic festival but also a global one, enjoyed by both Koreans and people around the world.

Since its launch in 2009 to commemorate “Visit Korea Year,” the Seoul Lantern Festival has been one of the city’s major festivals, attracting 2.5 million tourists every year. Around 3.2 million tourists are expected to attend the event this year.