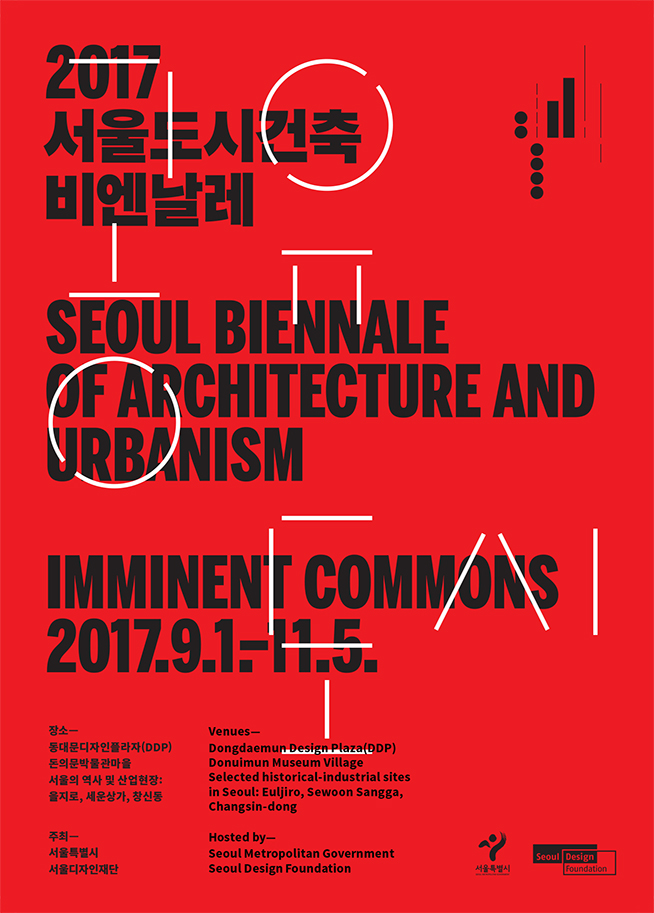 According to the UN’s World Urbanization Prospect Report of 2014, 54% of the world’s population now lives in metropolitan areas. By 2050, this percentage will increase to 86% in advanced countries, and 64% in developing nations. It is a forecast that reconfirms that the city stands at the center of the question of sustainability. With the emergence in the current era of technological networks and global inter-connection, the nation-state is losing its role as the guarantor of the safety and well-being of the individual. In recent global crises, central governments have acted less as guardians of the public good and more as instruments of narrow interests. When citizens are left to their own devices, forming solidarity becomes essential. I believe the final organization of this solidarity to be the city as a universal entity.

But what kind of city do we want? Italo Calvino stated that the true value of a city lies not in monumental buildings, but is “written in the corners of the streets, the gratings of the windows, the banisters of steps, the antennae of the lightning rods, the pole of the flags, every segment marked in turn with scratches, indentations, scrolls.” Calvino is saying that the truth of the city lies in the everyday. He is asking us to break away from existing concepts of the city in order to build more humane and democratic urban structures. The city is a community always in the process of becoming, formed by anonymity and ready to tell us manifold stories. It is formed by both physical spaces—squares, parks, streets, and even gaps between buildings—and virtual spaces where strangers gather, commune, and part ways. They form the essentials of a new biennale of architecture and urbanism in Seoul.

But why Seoul? Seoul is a megacity of ten million people, a historical city that spans two millenniums, and a beautiful city of mountains and streams. Located at the end of the Eurasian continent, it is a strategic point that connects the continent to the Pacific region and beyond. Destroyed under Japanese imperialism and the Korean War, the capital of what was once the world’s poorest country has grown to become a global economic power. However, in the process indiscriminately absorbing Western capital and culture, this magnificent city lost its identity. It hurriedly erected a modernist shell as it passively incorporated itself into a global system. Nature and history, however, do not disappear: they are the powerful forces of the living city. Seoul is now energetically moving to reconstruct its identity. There is another great factor that will affect Seoul’s future transformation: the unification of Korea that many say lies in the not too distant future, and which will inevitably catapult Seoul into a new era.

As the cities of the world continue to expand, will we continue to prosper? With the destruction of the environment, social inequality, and urban crime, we are unable to remain optimistic about the future. We must therefore ask ourselves what is a good city? The space and structure of cities, creative development and regeneration, new building methods and technology, sustainable urban environments, city governance, and new forms of solidarity: these are the central issues of the contemporary urban generation. Seoul is a global city where these issues coalesce in both a particular and universal fashion. It is where its history and tradition, its economy and culture, its politics and ideology co-exist to form a unique landscape. It is for these reasons that the Seoul Metropolitan Government announces the launching of a new biennale of architecture and urbanism. 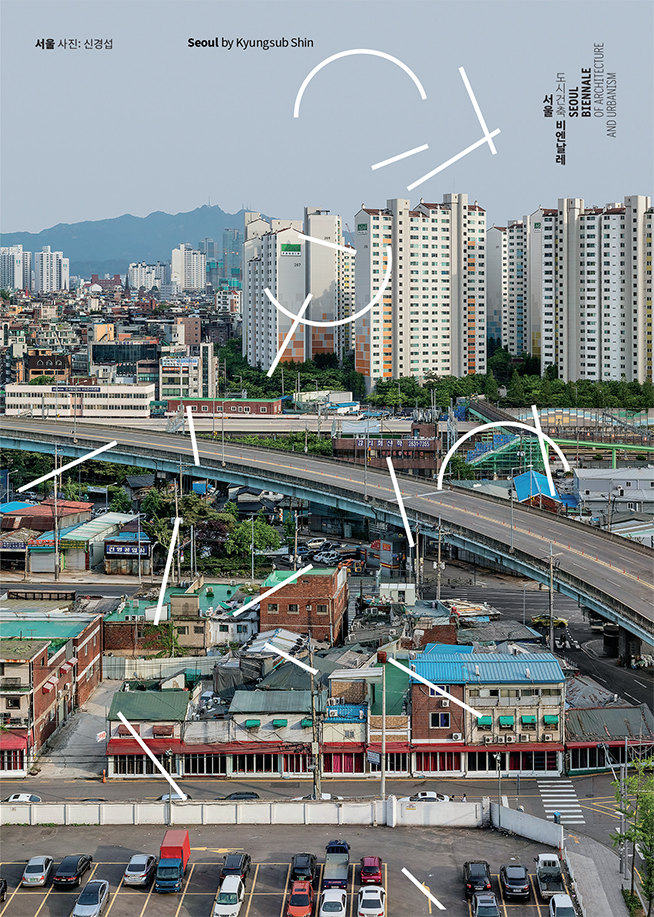 Employing architecture and urbanism as media, Seoul Biennale of Architecture and Urbanism(Seoul Biennale) encompasses a wide range of fields – from sociology, geography, and economics to literature, art, theater, and film – to engage in the present and future cities of the world. Seeking innovative design and policy alternatives, the Seoul Biennale actively collaborates with public, experts, artists, architects, and policy makers.

Hyungmin Pai is an architectural historian, critic, and curator. He received his Ph.D. from the History, Theory, and Criticism program at MIT. Twice a Fulbright Scholar, he has taught at the Rhode Island School of Design and Washington University in St. Louis and was visiting scholar at MIT and London Metropolitan University. He is author of The Portfolio and the Diagram, Sensuous Plan: The Architecture of Seung H-Sang, and The Key Concepts of Korean Architecture. For the Venice Biennale, he was curator for the Korean Pavilion (2008, 2014), and a participant in the Common Pavilions project (2012). In 2014, the Korean Pavilion was awarded the Golden Lion for best national participation. He was Visiting Director of the Asia Culture Center (2014–15) and Head Curator for the Gwangju Design Biennale (2010–11). He is presently a professor at the University of Seoul. He serves as a member of the Presidential Committee for the Hub City of Asian Culture, the Mayor’s Committee for the Future of Seoul, and is the chair of the Mokchon Architecture Archive.

Alejandro Zaera-Polo is an award-winning architect and a tenured professor at Princeton University. His career has consistently merged the practice of architecture with continued theoretical and academic engagement. He was trained at the Escuela Técnica Superior de Arquitectura de Madrid (Hons), and holds a Master in Architecture from the Harvard GSD (with Distinction). He worked at OMA in Rotterdam (1991–93), prior to establishing FOA in 1993, and AZPML in 2011. He was the dean of Princeton School of Architecture (2012–14) and of the Berlage Institute in Rotterdam (2000–5). He was the inaugural recipient of the Norman Foster professorship at Yale University School of Architecture (2010–11), and has lectured widely and internationally at institutions such as the AA School, Columbia GSAPP, UCLA, and Yokohama University. His texts can be found in many professional publications such as El Croquis, Quaderns, A+U, Arch+, Log, AD and Harvard Design Magazine, and many of them are collected in The Sniper’s Log (2012). 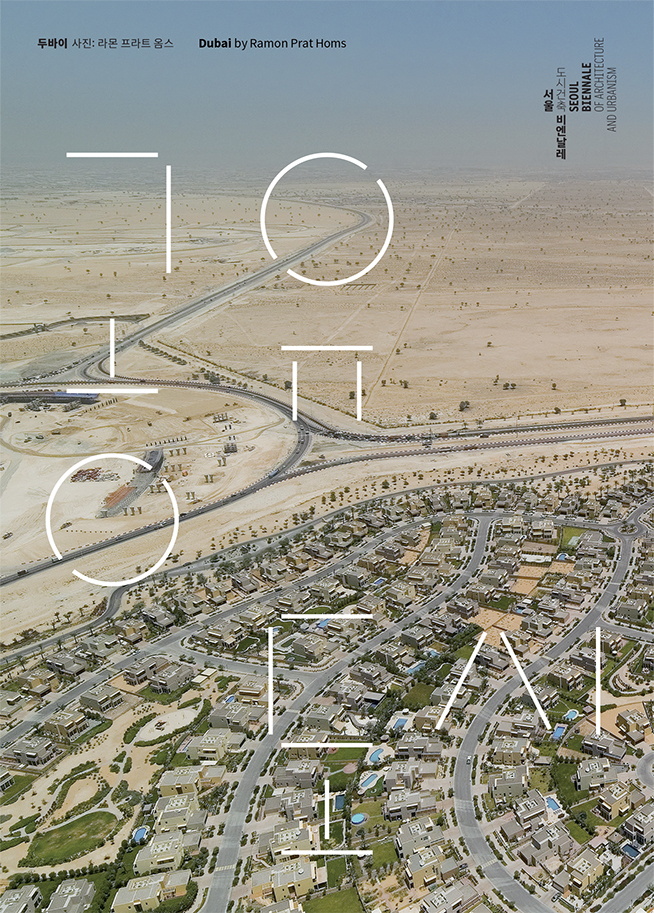 In an age of environmental decay and unprecedented wealth inequality, the cities of the world gather in Seoul to explore the urban parliaments where the politics of resources and technologies is enacted. The Seoul Biennale of Architecture and Urbanism 2017 is an experimental platform for an imminent urbanism that goes beyond human-centered function, ownership, and consumption to a commons of resources, technologies, and production.

The cities of the world stand at a crossroads. Amidst radical social, economic, and technological transformations, will the city become a driving force of creativity and sustainability or will it be a mechanism of inequality and environmental decay? Cities are not only the drivers of social change but are now modifying ecosystems, geological structures, and even the climate. For the first time in history, the crucial questions of the city — climate change, biodiversity, air pollution, food security, automation, unemployment and inequality— are driven by concerns beyond human control and threaten the very survival of the planet. The principles of modern urbanism —the mass integration of production, employment, and consumption; the separation of work, dwelling, leisure, and transportation; the division between the natural and the artificial— are no longer effective at addressing the urgent questions of today’s cities. The traditional urban elements of buildings, streets, and neighborhoods must be reassessed within the emerging human and non-human urban constituencies.

The inaugural Seoul Biennale of Architecture and Urbanism proposes ten essential commons as a viable path towards a sustainable and just urbanism. Emerging from both ecological and technological concerns, this framework foregrounds an exploration not of distant utopias but of the very near future. In other words, these emerging commons are already changing the way we live in cities. Whether met with fear or hope, they will very soon change the way we live in the city. The Seoul Biennale provides a platform for an international array of participants - politicians, policy makers, experts, and citizens at large - presenting global research and engaging with local conditions.

Seoul is a grand laboratory for the imminent commons. Since its foundation that spans two millenniums, Seoul has been a dynamic site of the commons, where politics and economy intertwined with the design of wind and water. It is a metropolis that maintains the spirit, methods, productivity, and spaces of the commons. In 2012, embarking on new policies of horizontal governance, sustainability, community based design, and economic equality, the Seoul Metropolitan Government proclaimed its vision as a City of Commons. Breaking open the gallery walls, the Seoul Biennale activates an urban constellation of urban sites, and citizen activity towards three live projects: Production City, Urban Foodshed, and Smart Walking City.