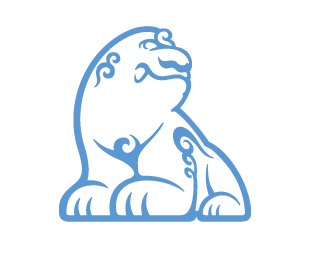 Seoul’s “Haechi” symbol was created to serve as a memorable set of symbols that befit the size and status of Seoul and to elevate its position, build competitiveness, and boost recognition. This unique icon was inspired by Seoul’s traditional symbols and imagery, which date back to China.

The Haechi is a mythical animal referred to in the Yimulji (異物紙, Korean pronunciation), an ancient Chinese book on mythical creatures. It is described as a beast with a single horn that lives on the remote edge of the northeast region. It is said to have a righteous temperament, attacking with its horn those who foment conflict. Koreans believed the Haechi to be a highly moral animal, and they were considered guardians against fire and other natural disasters. Haechi sculptures made by the master stonemason Lee Se-wook were placed in Gyeongbokgung Palace during its construction to protect it from the strong “fire” energy emitted by Gwanaksan Mountain. This mystical animal was widely held to be a guardian against fire and other negative forms of energy, as well as a bringer of happiness and good fortune.