Located at the heart of the Korean Peninsula, Seoul has always been an important strategic point throughout the centuries in terms of defense and the economy, from one kingdom to the next. The three kingdoms of Baekje, Goguryeo, and Silla (BCE 57 – CE 688) all fought over the area that is now Korea’s capital. Indeed, whichever kingdom claimed Seoul became the dominant power. The Joseon Dynasty (1392 - 1910) declared Seoul its capital, a role that Seoul still plays. 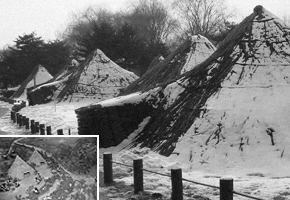 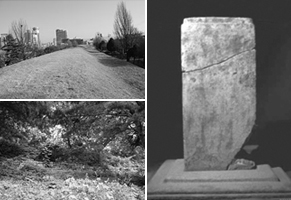 3~4 Century AD
The tombs in Seokchon-dong, Seoul were built. Mongchontoseong Fortress was built.

1357
Royal palaces and castle walls built in Namgyeong (in the sixth year of the reign of King Gongmin).

1387
King U attempted to relocate the capital to Hanyang in the 13th year of his reign. Jungheungsanseong Fortress was built.

1896
The first modern Olympic Games were held in Athens 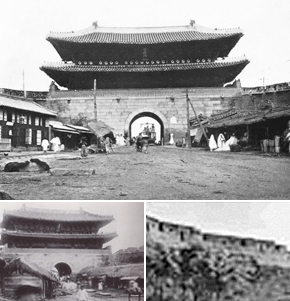 September 1396
Construction of the castle wall surrounding Hanyang was completed.

1412
Stores to be leased to people in Sijeon (a government-operated market) were built.

September 1601
Donggwanwangmyo (known as Dongmyo), a shrine for Guan Yu, a third Century Chinese military commander, was built in Hanseong.

1727
The boundaries of the capital were re-designated.

1759
Following a newly formulated plan, an overhaul of Hanseong's streams commenced. Juncheon Jeolmok (Regulations on Streams) was drawn up.

January 1852
The Hanseong-bu building was destroyed by fire.

April 1864
Stores between Gwangtonggyo (Bridge) and Jonggak were destroyed by fire.

May 1899
A single-track streetcar began operating between Seodaemun and Cheongnyangni.

June 1904
Public toilet installed. Relieving oneself on the street prohibited.

March 1908
Part of the Seoul City Wall was demolished to build tracks for streetcars.

The installation of water supply pipes was completed.

December 1910
Siheung-gun was incorporated into Yeongdeungpo-gu.

June 1915
Jonggak was relocated following the re-zoning of Gyeongseong.

1958~December 1961
The Cheonggyecheon (Stream) was paved with concrete.

May 1990~November 1995
Construction of Seoul Subway Line 5 was carried out.

October 2019
Hosting of the 100th National Sports Festival in Seoul