Four districts (Seongbuk, Gangbuk, Dobong, Nowon) in the northeast area of Seoul will become a new center for the northeastern metropolitan life zone where some 320,000 citizens reside, encompassing its neighboring areas after removing the image of poor residential areas located in the outskirts of Seoul. 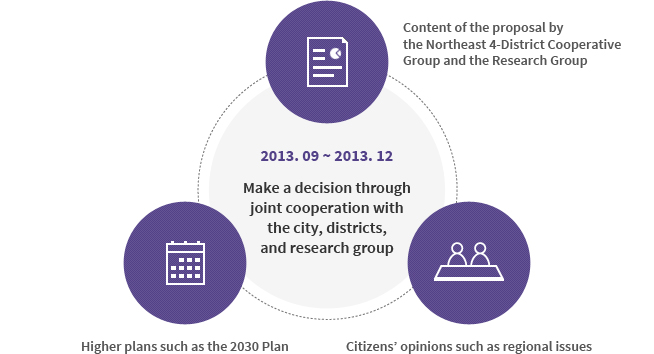 Construct a new central business district (CBD) that can create 80,000 jobs by utilizing a large empty land available in Changdong and Sanggye

Two core issues for the active use of regional resources: in cooperation with the 4 districts