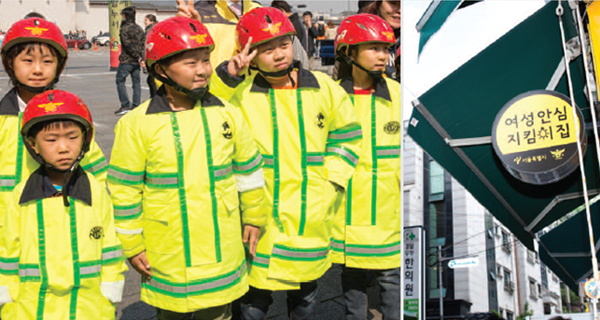 Build a “Safe City” that focuses on the lives and safety of the citizens.

The tasks reflect the importance of a systematic safety system and emphasize the citizens’ ability to respond to disasters, in the wake of the sinking of the Sewol Ferry and the arson incident at Dogok Station.

The Golden Time Goal System will be implemented for all kinds of disasters and accidents according to type. For example, the Golden Time for a subway fire is three minutes, as that is the time in which safety personnel must arrive in order to save the citizens involved in that type of disaster. In addition, 100,000 citizen safety guards will be trained to strengthen the early response system for disasters.

Reducing Number of Traffic Lanes and Improving Conditions for Pedestrians

The number of traffic lanes on Ujeongguk-ro (between Jongno Bosingak and Angguk-dong Rotary) will be reduced by October next year, and a total of 12 traffic lanes (15.2km in length) on Sejong-daero, Daehak-ro, Toegye-ro, and Eulji-ro will be gradually reduced by 2018 to create more space for sidewalks and citizen activities. Ten pedestrian roads in the vicinity of living spaces, such as residential areas and parks, will be created annually, doubling the total to 105 by 2018. Also, in the heart of the city, pedestrian crossings at wide intersections will be increased to 50, as part of the effort to make urban spaces more pedestrian-friendly.

Reducing Number of Traffic Accident Fatalities by Half

Currently, 4.8 people for every 100,000 are killed in traffic accidents annually. That number will be cut in half to 2.4. Also, the Seoul Metropolitan Government plans to implement a comprehensive policy to create 50 child safety zones and 20 elderly safety zones annually, and lower the speed limit in those areas.

Present Condition and Aerial Images of Roads to Be Narrowed 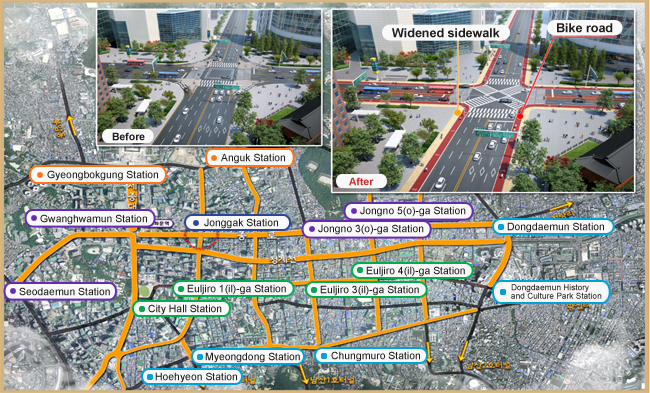