Seoul proclaimed its Sharing City Seoul Project on September 20, 2012, along with a plan to conduct projects of sharing closely related to the lives of citizens, and to create and diffuse the base for the sharing. Seoul sees the Sharing City Seoul project as social innovation measures that have been designed to create new economic opportunities, to restore reliable relationships, and to reduce the wasting of resources with a view to resolving urban economic, social, and environmental problems all together. Notably, while the existing city policies focus on the construction of primary infrastructures such as roads, parking areas, schools, and libraries, the city’s future policies focus on the construction of secondary infrastructures such as spaces, objects, talents, and other unused resources in order to boost the utilization thereof. Furthermore, Seoul is set to implement other policies that will respect and promote private-sector capabilities, as well as policies that will require the public sector to open public resources that are to be shared with citizens.

The economy of sharing in Seoul

IT and the Internet have developed in Seoul with super-high speed Internet and the wide spread of smart phones and a high population concentration. As such, the city has favorable conditions for developing an economy of sharing. Models of sharing economies, which emerged and were activated in San Francisco, CA. in the U.S., are also emerging one after another in Seoul.

Businesses such as “bnbhero” have emerged. These types of businesses are designed to link travelers with households that have empty rooms for rent. The new-concept private lodging business Kozaza, which is a national library bookcase that is designed to store people’s various books in warehouses so that people can share and lend books with each other. There are other shared businesses, such as “Zipbob”, which is designed for people to be able to share matters of concerns while dining together, and “Space Noah”, which is designed to allow people to share office spaces. Sharing services such as “green car” and “socar” are rapidly growing. Also, “the open closet”, which is an organization that receives suits donated by social seniors and then lends them to young job seekers, along with encouraging messages, has emerged.

Seoul’s policy for becoming a sharing city aims to encourage the private sector to lead the way in exploring different areas for sharing, while the city is endeavoring to create infrastructures for the Sharing City Seoul Project and to promote and support sharing activities that are undertaken by the private-sector.

<Laying the groundwork for the Sharing City Seoul Project>

The Seoul Sharing Hub will be constructed on June 26, 2013. It will show the pool of online platforms of various enterprise and organizations for sharing in order to boost the convenience for citizens in accessing the information. If constructed, the Seoul Sharing Hub will allow citizens to search for information on sharing and sharing platforms with the keywords, “sharing city,” thereby promoting their participation in the program.

The Seoul Sharing Hub is set to not only produce, archive, disseminate, and deliver such information, but also to network with the relevant domestic and overseas organizations, enterprises, media, and other social areas, and to connect them with various institutes. It will also diffuse the sharing; it conducting citizen campaigns; and will educate business starters, citizens, and government officials about sharing.
Furthermore, Seoul is integrating the channels for presenting proposals on sharing and for improving the system into its Office of Social innovation in order to effectively support the relevant organizations and enterprises, and in conjunction with the central government ministries it improve the laws and systems that are hampering sharing.

Furthermore, Seoul will integrate the channels for presenting proposals on sharing and for improving the system into its Office of Social innovation in order to effectively support the relevant organizations and enterprises, and in conjunction with the central government ministries it will improve the laws and systems that are hampering sharing.

<Support for organizations and enterprises for sharing>

In December, Seoul designated 37 private enterprises and organizations that are qualified for sharing to boost their public reliability and citizens’ participation in sharing activities. These designated entities are eligible for using the Sharing City Seoul Project brand identity, and for receiving support for their PR and for working together with the relevant departments of Seoul Metropolitan Government to push projects forward. For these designated entities, project grants worth 321 million KRW have been provided to some businesses that are closely related to citizens’ life for 18 entities. In the second half of the year, organizations and enterprises for sharing will be designated through the proper procedures.

Furthermore, to promote the incubation of businesses in relation to creating an economy of sharing, Seoul supported office spaces, consulting services, and project costs to some business starters who engage in this economy of economy. Seoul will do so in connection with its business incubation programs.

Seoul is running the Seoul Sharing Promotion Committee as its private sector – government governance mechanism. The committee is made up of personnel from academia, legal circles, the press, businesses, non-profit private organizations, and research institutes, as well as of the directors and general officials who are responsible for economic, welfare, transportation, and innovation affairs. The committee undertakes the devising of policies for the promotion of sharing, to advise on how to improve various laws and systems, and to review the designation and support for organizations and enterprises for sharing.

In addition, the business identity and slogan for the Sharing City Seoul Project were established via a public competition. The BI involves the mathematical symbols ÷ and + to mean that the more Seoul’s spaces, buildings, and experiences are shared, the more benefits and interests are created. The slogan for the project is, “Sharing ten million things, ten million happiness”, which means creating happiness for the ten million population of Seoul. The BI and slogan can be used by enterprises and organizations for sharing that have been designated by Seoul.

Lectures on Seoul’s economy of sharing by representatives of enterprises and organizations for sharing were conducted every Thursday from 19:30 -21:30 from January 10 to April 11, 2013. The lectures were held in the conference room of Seoul Metropolitan Government Hall together with Wisdome, which is an enterprise for sharing and that has been designated by Seoul, to help citizens better understand the Sharing City Seoul Project and what an economy of sharing is and to get them to participate in these initiatives. A total of 1,207 people attended this event.
As the last event of this program, on April 18, 2013, a forum on the economy of sharing (with a subtitle of the night of the sharing city Seoul) was held where all enterprises ad organizations for sharing got together. This event included the presentation of new sharing models, the operation of publicity booths, and networking time, and was attended by 350 citizens.

In August 2013, an exhibition and fair of Share Seoul was held in COEX with more than 10,000 visitors. In Oct. and Nov. Share Seoul experiencing event was held in downtown in cooperation with Share Companies such as Car Share, Zipbob, and Wisdome and received a hot response from citizens. Seoul is implementing a policy that is designed to publicize the Sharing City Seoul Project so as to allow citizens to become familiar with the concept of sharing. 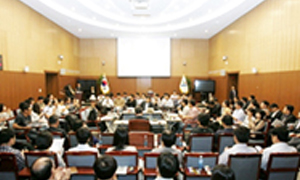 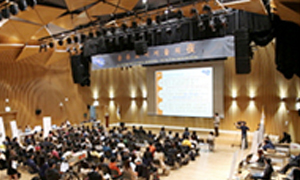 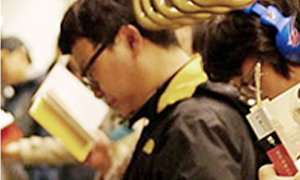 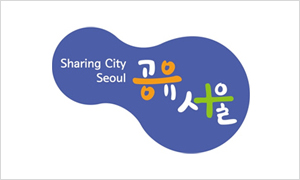