The City of Communication 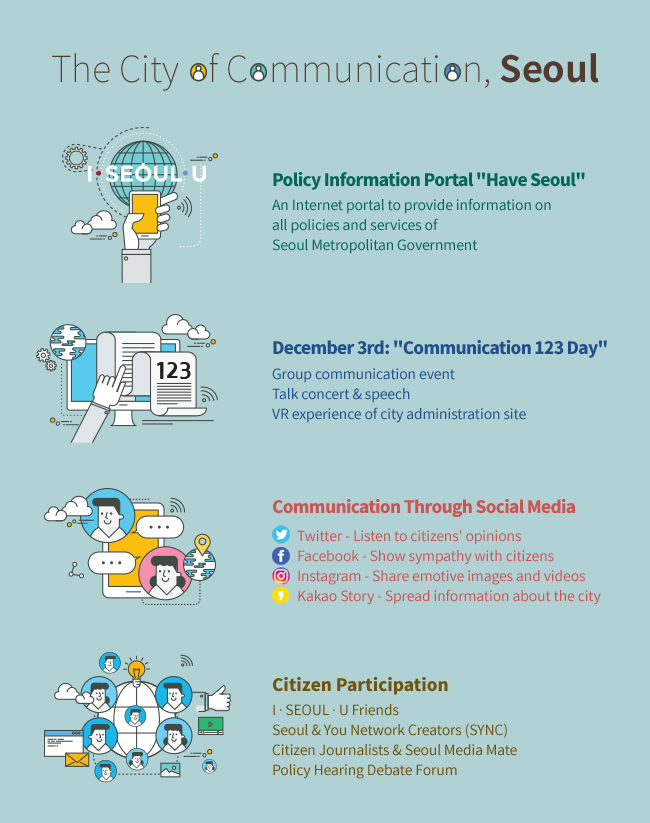 Most public transportation users used to read books or newspapers, but are now frequently seen using smartphones. What do you think they do with their smartphones? A survey showed that most smartphone users spend a lot of time sending and receiving information through social media. Social media refers to the media of Social Network Services (SNSs) such as Facebook, Twitter and Instagram. People can send news about themselves to or receive information from their friends. Furthermore, they can easily access information that interests them and freely exchange individual opinions.

Seoul already expected that social media would become a ‘good channel to close the gap of thought among people and share various opinions’, so has been preparing for it. This is because all the policies of Seoul start with the citizens, and thus social media that helps communication with individual citizens will be one of most suitable communication means. The 2008 Digital City Administration of Seoul started from the same idea.