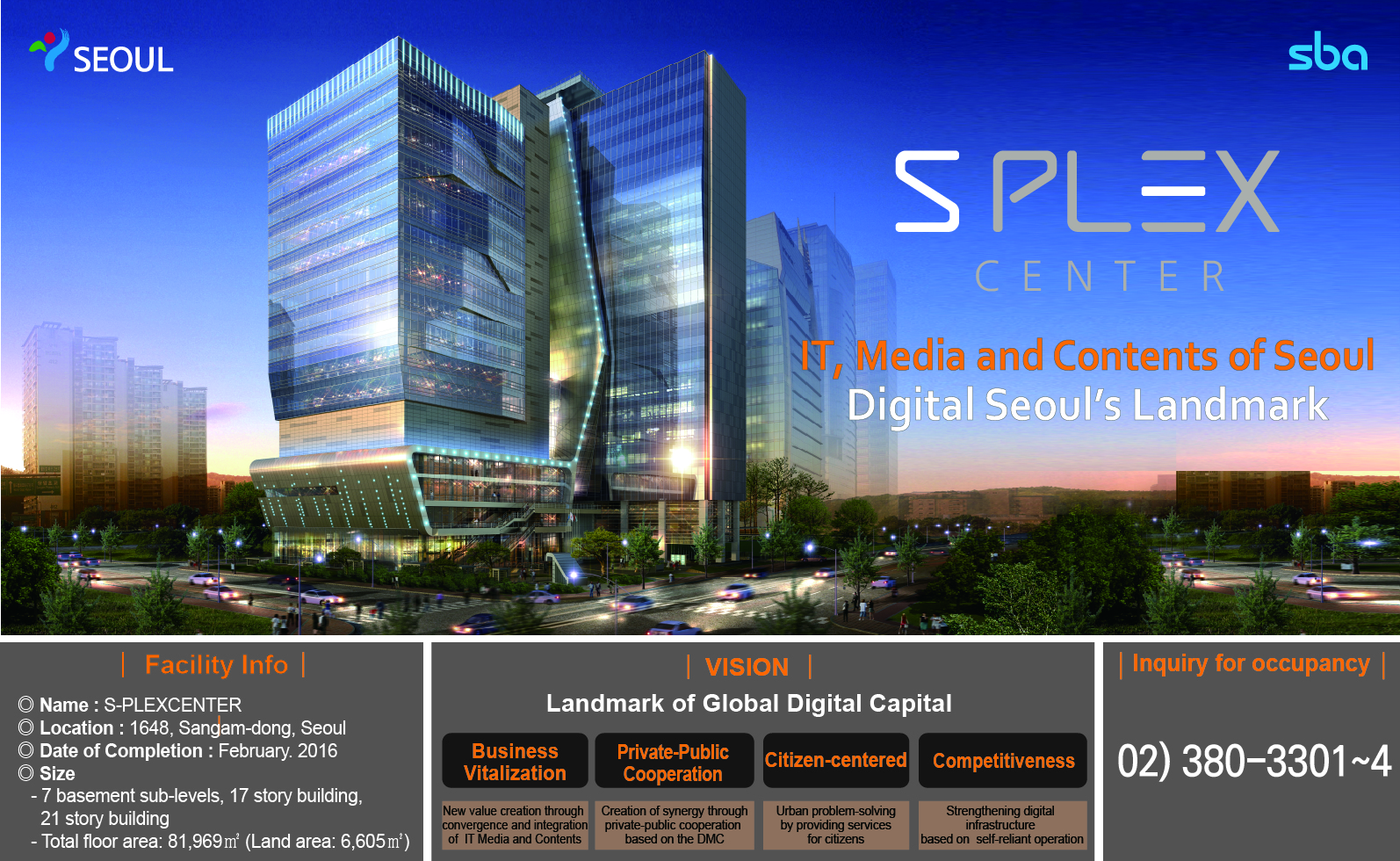 The Seoul’s Global Digital landmark will soon be completed.

The construction of S-PLEXCENTER, a multicomplex for IT, digital media and cultural content, is scheduled to be completed in Digital Media City, Sangam-dong, Seoul by February 2016.

The Seoul Metropolitan Government and SBA (Seoul Business Agency) announced the beginning of tenant bidding at the end of December, 2015.