>Past, Present and Future

Past, Present and Future

I·SEOUL·U was born through the participation of more than 200,000 citizens of Seoul about a year ago. On October 29th, 2016, 1 year after the birth of the new Seoul brand, SMG caught itself wondering how much the brand had taken root as a citizen brand after one year. To celebrate the first anniversary of the birth of the Seoul brand, SMG conducted both one-on-on interviews with 800 Seoul citizens and on-line surveys for 2,461 on-line panel members. The results of the one-on-one interview surveys showed that about six out of ten ordinary citizens were aware of the Seoul brand. Additionally, most of the on-line panel members (92.9%) were aware of the Seoul brand. 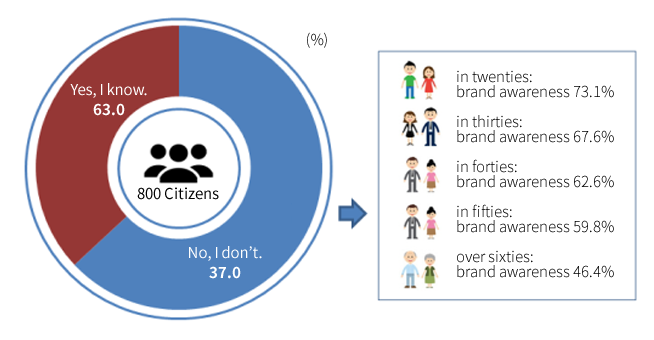 In addition, about one out of two ordinary citizens (52.8%), as well as 60.7% of the city on-line panel members responded that they had a good opinion of the Seoul brand.
SMG is planning various marketing activities to make the Seoul brand 'I·SEOUL·U' a more successful one. Since you need to love yourself in order to be loved by the others, SMG does its best to let the citizens of Seoul know the brand and to gain the citizens’ affection. Fortunately, 'I·SEOUL·U' meets some conditions to be loved to some degree because it was created through citizens’ participation. Nevertheless, SMG tries to strengthen and expand citizens’ interest in 'I·SEOUL·U' through more diverse campaigns. SMG will do its best until the day when Seoul is loved by all citizens of Seoul and known to all the people of the world.