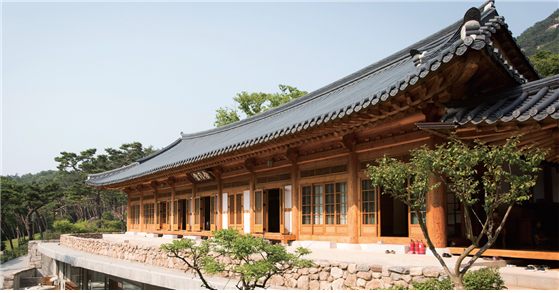 Temple Stay is an opportunity to become one with nature while experiencing the culture and daily life of a temple. It used to be that visitors closely followed the daily lives of monks and experienced Buddhist culture. But now, it is being established as a healing culture where participants meditate and cultivate the body and mind beyond the pursuit of a certain religion. One of the great things about the temple stay is that people do not need to get out of the city to become a part of the experience. There are nine temples in downtown Seoul that currently offer temple stays. At the temple, people can enjoy the tranquility of the temple and the nature surrounding the temple complex in the midst of the busy city, which is kept surprisingly well despite being in the city. A lot of foreigners join the temple stay as many of the temples offer temple stays for foreigners. Come and experience a temple stay, which cannot be fully understood without staying at least for one night.

Jingwansa Temple, located by the hanok village in Eunpyeong-gu, is one of the four leading temples in Seoul. Surrounded by Bukhansan Mountain, the temple was built where two valleys meet, making it a propitious site. Hamwoldang Pavilion, where the temple stay is carried out, is a building that better represents the traditional architectural style of the Joseon Dynasty than Gyeongbokgung Palace. For that reason, foreign ambassadors take their time out of their schedule to visit Jingwansa Temple and foreigners prefer to do their temple stay at Jingwansa Temple. Jingwansa Temple is also receiving attention as a place that carries on with the tradition of temple cuisine. The president’s chef at the White House learned how to cook temple food from the chief monk at Jingwansa Temple and Jingwansa Temple invited the wives of foreign ambassadors to treat them to traditional temple food. The temple even has a temple food R&D center. The temple food of Jingwansa Temple is composed of vegetables with no artificial flavoring and minimized spices for a close-to-natural flavor. After dinner, people walk around the temple and experience the ringing of the bell to wrap up the day at 9pm. It is recommended to go to bed early as the following day starts with a dawn Buddhist service and 108 bows. 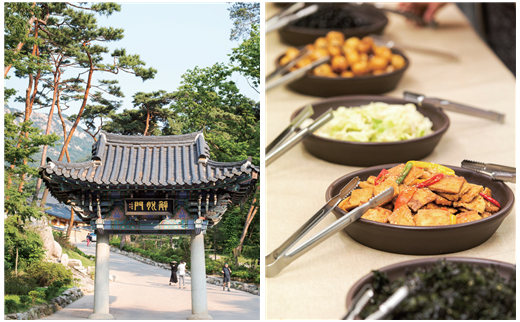 Geumsunsa Temple is an ideal healing site located at the foot of Bukhansan Mountain with a great view of Seoul. Participants are given an opportunity to get away from the business of daily life and face their inner self to reflect upon oneself. The pristine forest with clean air and positive energy exuded by trees makes Geumsunsa Temple the perfect place to meditate and heal the worn out body and mind away from the busy city life. Temple stay participants will stay at the temple overnight and climb Bukhansan Mountain with the monks at 8am the following morning.

Once they return to the temple, they will drink tea with the monks. Called, Dadam, the ceremony is the most popular event during the temple stay. Participants are highly satisfied with it because it is a valuable opportunity to not only ask questions about Buddhist culture but also talk about one’s struggles and concerns in life without having to focus on a specific topic.